Her research interests lie in trying to understand the global climatic conditions that may have had an impact on, and/or evolved in conjunction with, life on this planet. That effort requires a combination of geological data analysis and Global Climate Model (GCM) output, both so that the climate simulations are as realistic as we can make them, and so that the model output is better capable of casting light on information that rarely or never gets preserved in the rock record.

One of the more challenging issues in ancient Earth paleoclimates concerns the extreme glaciations called snowball Earth events. These ice ages, which saw continent-sized ice sheets reaching down within 10 degrees of the equator, far exceed the extent of the recent Pleistocene glaciation and present a major challenge to our understanding of Earth's natural range of climate variability. What climate forcings may have brought on the snowball glaciations, after hundreds of millions of years of a fairly "balmy" climate despite a significantly dimmer Sun? Once glaciation set in, just how extensive were the land-based ice sheets and the sea ice cover (the "hard snowball" vs. "slushball" controversy)? What allowed the Earth to emerge again into an equable climate? To what extent might evolving organisms (e.g., the emergence of small shelled animals) and their ecosystems had an impact on ancient climate change? The answers to these straightforward questions have so far remained elusive, although we continue to find clues in the rock record and in the model output.

A natural extension of our exploration of Earth's various phases of habitability is the potential habitability of terrestrial-like exoplanets, and how they might be identified through future planet-finding missions. She is also interested in the past and present habitability of other bodies within our own solar system, especially the paleoclimate of early Mars, and identifying the global climate characteristics of potentially habitable exoplanets in other star systems. 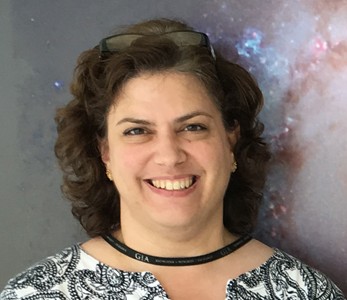