I have been involved in projects to simulate the Neoproterozoic snowball Earth events, the climates of the super-continent Pangea, and the Paleocene-Eocene Thermal Maximum. However, my current focus is on the mid-Pliocene global warming, which occurred approximately 3 million years ago and is the most recent period in geologic history during which global temperatures were as warm as forecasts for later this century. My research on the Pliocene centers on the relative roles of altered ocean circulation and greenhouse gases in creating the period’s increased temperatures and sea levels, as well as its reduced sea ice and continental ice sheets. I work with a multi-disciplinary team that includes participation from the National Science Foundation, the U.S. Geological Survey and NASA. Together, it is our goal to provide the best description of the middle Pliocene global warming, using perspectives from marine and terrestrial data as well as climate model simulations. By understanding the role of key forcings and feedbacks in this relatively recent warm climate, we aim to examine the potential for ocean-related “surprises” that may impact the timing and severity of future global warming.

The Educational Global Climate Modeling (EdGCM) Project develops and disseminates an integrated suite of software that makes it possible for educational institutions to operate a fully functional version of the GISS GCM Model II without the need for programmers or supercomputers. EdGCM uses a graphical user interface to ease the operation of the GCM’s basic functions, from model set up to post-processing of output. It is built on a database framework so that teachers, students or scientists can more easily organize large numbers of experiments as well as the input and output from clmate simulations. Scientific visualization capability is supplied and there are user-expandable image libraries, and eJournals. Thus, using EdGCM students can obtain a complete and meaningful research experience in which they learn about various climate change issues (global warming, past climates, etc.) while simultaneously learning about computer modeling techniques. Numerous universities, schools and research institutions are employing EdGCM as a means of lowering the barriers to participation in climate change and climate modeling science. 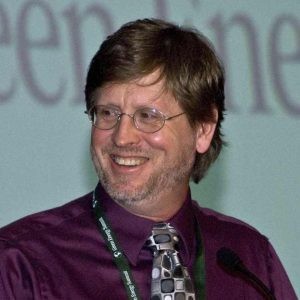